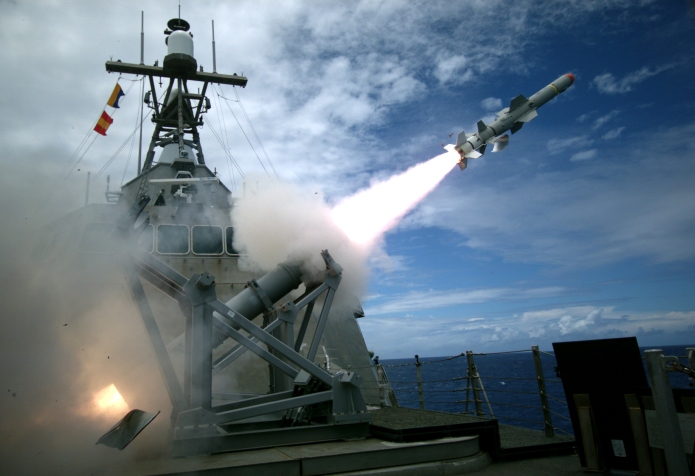 “The Navy is looked to expand the web of connections currently linking its ships, planes and weapons to include submarines, smaller ships and unmanned systems to create a warfighting network that would be challenging for an adversary to bring down, the Navy’s surface warfare director (OPNAV N96) said.

Rear Adm. Ronald Boxall said that the Navy is comfortable with its Aegis Combat System and the Naval Integrated Fire Control-Counter Air (NIFC-CA) construct built around it, but that the service would have to expand this idea to keep up with global threats.

“Unfortunately we’ve had a little bit of a glass ceiling at the ship level, and until we get to the system level and get that across all platforms, that’s the challenge,” he said of Aegis, while speaking at the American Society of Naval Engineer’s annual Combat System Symposium.”