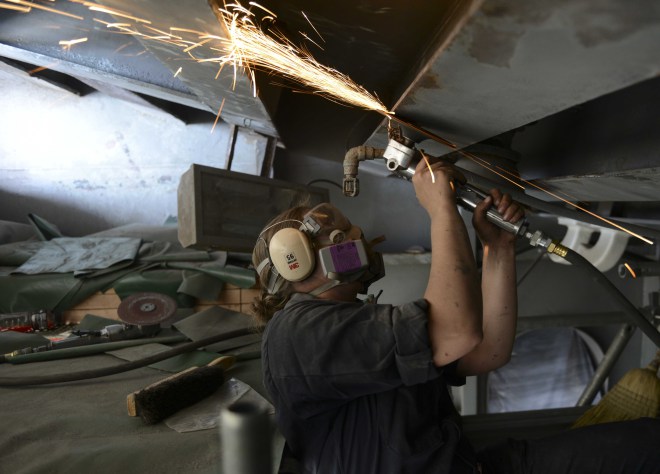 HAMPTON, VA. — “New commander of Naval Sea Systems Command Vice Adm. Tom Moore said shipyards are nearing an opportunity to “reset” after struggling in recent years to get aircraft carriers and submarines out of availabilities on time, and he hopes the yards can take measures now to keep the next wave of availabilities on track.

Moore told USNI News that the list of carriers and subs in maintenance looks better today than it did eight months ago. USS Nimitz (CVN-68) will leave Puget Sound Naval Shipyard and Intermediate Maintenance Facility next month after an extended planned incremental availability that stretched from 16 to 21 months. And USS George H.W. Bush (CVN-77) departed Norfolk Naval Shipyard in July after spending more than a year in a maintenance availability estimated to take eight months.”